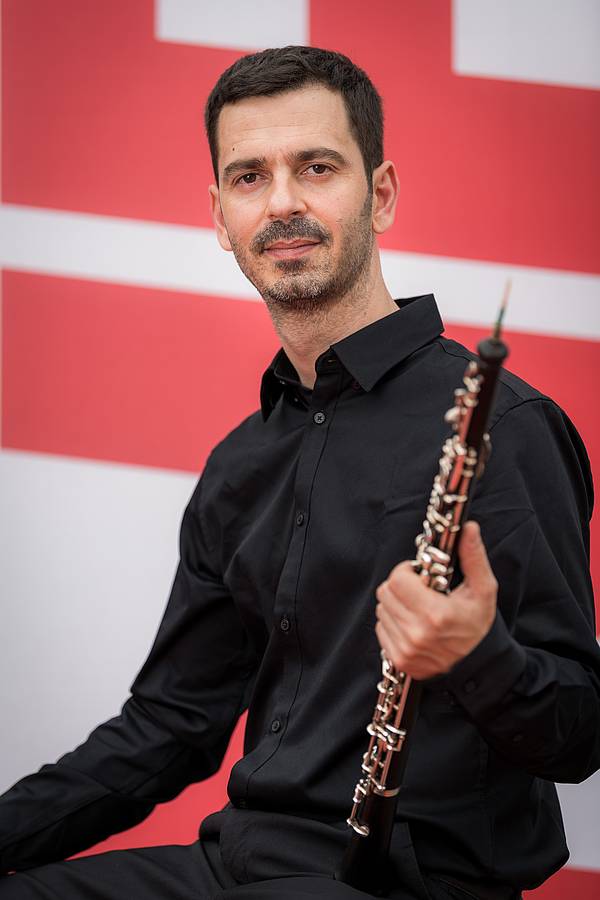 Spanish oboist Eduardo Olloqui is a member of ensemble recherche since 2018. Eduardo studied at the Catalonia College of Music (ESMUC) under Eduardo Martinez Caballer, and at the Higher School of Music of the Basque Country (MUSIKENE) under Juan Manuel González Lumbreras. His disposition towards contemporary music brought him to continuing his studies with Ernest Rombout at the University of the Arts Utrecht (HKU). From then on, Eduardo has combined his professional activity as a soloist, chamber and orchestral musician, establishing himself in the Netherlands as well as abroad as a renowned oboist, especially in the field of contemporary chamber music.

He has had the pleasure of working with some of the greatest composers and conductors of his time such as Salvatore Sciarrino, Pierre Boulez, Peter Eotvos, Heiner Goebbels, Hector Parra, Emilio Pomarico, Beat Furrer, Clement Power, Bas Wiegers, Lucas Vis and Pablo Heras-Casado. Alongside his activity as a performer of new music, Eduardo is also regularly invited as a guest solo oboist with orchestras such asthe Radio Kamer Filharmonie, Radio Filharmonisch Orkest, Netherlands Symphony Orchestra, Amsterdam Chamber Orchestra and Holland Symfonie Orkest.