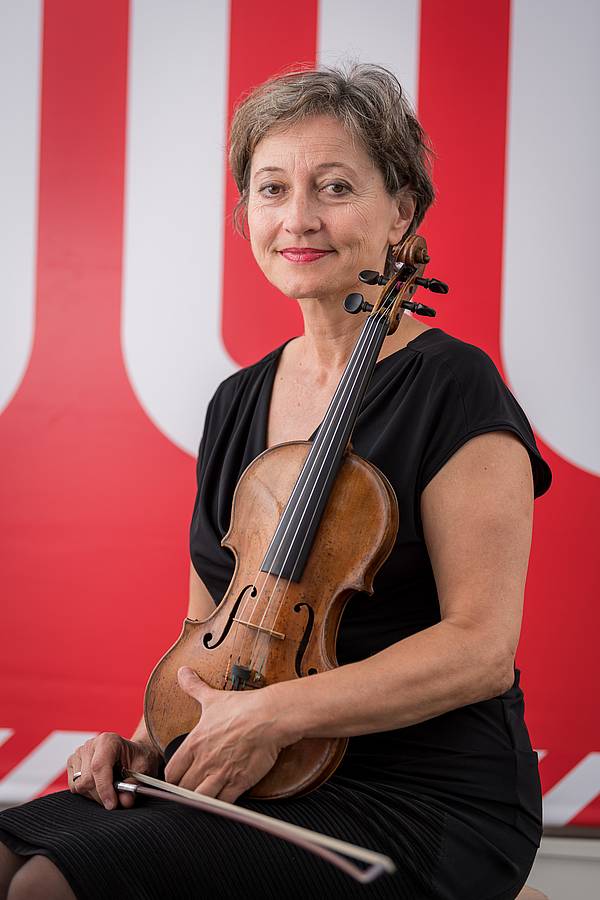 Melise Mellinger studied the violin at the Freiburg University of Music under Professor Wolfgang Marschner, and at the Sweelinck Conservatorium in Amsterdam under Professor Herman Krebbers. She was a member of the Frankfurt Opera and Museum Orchestra for four years before becoming a founding member of the ensemble recherche. Due to the resultant close collaboration with contemporary composers she has been the interpreter at numerous first performances and has regularly participated in recordings for radio and CDs, including Luigi Nono’s La lontananza nostalgica utopica futura (Nostalgia for a Faraway Future Utopia) in collaboration with Salvatore Sciarrino. In addition to international concert tours, she is also active worldwide as a teacher, e.g. in Lviv, Kiev, Moscow, Peking, Tashkent, Mexico and South America. She has given courses at the Frankfurt College of Music and Dramatic Art, and at the Darmstadt Summer Courses (from 2000 to 2010). She has been teaching at the Ensemble Academy Freiburg since 2004.