The members of the ensemble recherche have been dedicated to the new and unknown since 1985. The Freiburg-based ensemble has shaped contemporary music and written musical history during this period of more than three decades – with in excess of 600 premiers and more than 50 CD recordings. The eight musicians, all internationally known soloists in the field of contemporary music, combine immense pleasure in experimentation with enthusiasm for intensive consideration of the present time. The eight soloists place their enormous musicality and their individual personalities at the service of the collective so that they can research the musical present together, as an ensemble . The considerable energy and personal commitment of each and every explains why the independent ensemble has been recognised as one of the most important players of contemporary music for more than three decades. 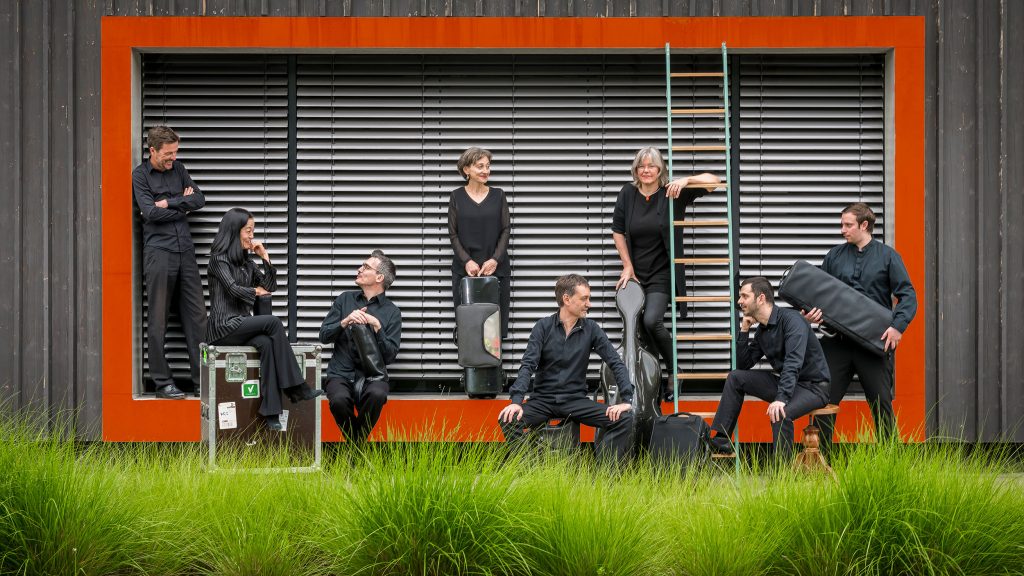 The ensemble rechercheis regularly invited to the most prestigious festivals in Europe, and has made guest appearances at, among others, the Salzburg Festival, the Lucerne Festival, the Elbe Philharmonic Hall, the Concertgebouw Amsterdam, the Venice Biennale, the Donaueschingen Music Festival, the Darmstadt International Summer Courses for New Music, and the Vienna Modern. International concert tours have taken the ensemble to, among other places, Israel, Japan, China, Russia, Mexico, the USA and South America. In Freiburg the ensemble introduces the public to new developments in contemporary music and exciting composer personalities during its own series of subscription concerts. In collaboration with both young and established composers, the  ensemble recherche generates new impetus and greatly influences the development of contemporary music. Students of composition at the music academies in, among other places, Helsinki, Copenhagen, Linz, Freiburg, Antwerp, Reykjavik and Cambridge profit from the ensemble musicians’ many years of experience within the framework of the ensemble’s long-standing ‘Class Work’ project, in particular. The ensemble’s personal links to important composers of the 20 th century (particularly with Helmut Lachenmann, Wolfgang Rihm, Salvatore Sciarrino, Gérard Grisey, Hans Abrahamsen and Hans Werner Henze) make its musicians experts in ‘historical performance practice’ in the contemporary music of the last century. The ensemble invests in the future and wants to pass on its spirit of research to the next generation in numerous teaching activities, such as school workshops, children’s concerts, participative youth projects, and master classes. The ensemble recherchethus advocates a culture of sensitive listening, a productive handling of difference, and a joyful and relaxed approach to complexity. The   ensemble recherche, together with the Freiburg Baroque Orchestra, has been headquartered in the Ensemble House Freiburg since 2012. During recent years, the ensemble has gradually rejuvenated itself with younger musicians and new management – ideal prerequisites for continuing to write musical history in future… The   ensemble recherche won the City of Freiburg Reinhold Schneider Prize in 2018.

The ensemble recherche is sponsored by the City of Freiburg and the state of Baden-Württemberg.