BLODHOV – The Diary of One Who Disappeared

BLODHOV – The Diary of One Who Disappeared 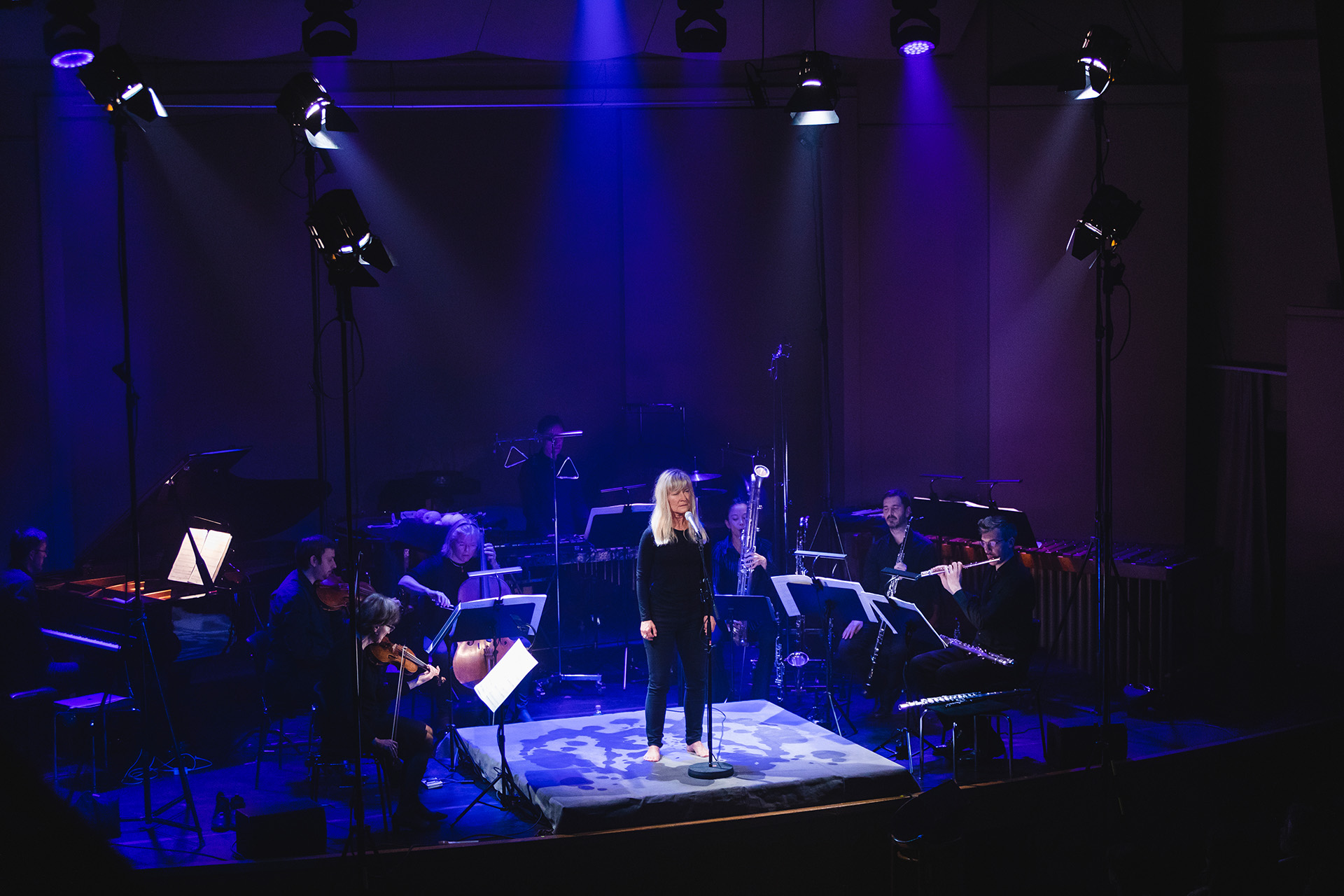 Displacement, escape, deportation, death—the inhumane burdens that people far from their homes must fight against, people who have been violently torn from their surroundings. These burdens are immense—and timeless. We come across descriptions of them already in mythological prehistoric times. An Icelandic legend tells of the abduction of the giantess Gerðdur by the god Freyr on his horse Blodhov. The expressive monodrama for mezzo-soprano is named after the vehicle of the capture: “Blodhov” (Bloodhooves), an enormous black horse. The Swedish composer Karin Rehnqvist combines the sound worlds of ensemble recherche and the Swedish folk singer Lena Willemark in a fascinating way.

With “The Diary of One Who Disappeared” by Leoš Janáček, the Freiburg Philharmonic Orchestra juxtaposes with no less a topical work: Here, too, a person disappears from the scene by being torn out of his or her previous environment. Janáček’s “Diary”, with the instrumentation of Johannes Schöllhorn, is not understood in this context as a romantic love story, but as a socio-political piece about our state of shock due to the “refugee crisis” beginning in 2015 at the latest: The Philharmonic Orchestra and ensemble recherche perform a chamber music evening against forgetting—and with the help of haunting music at least for a moment try to give the victims of violence and crime a voice.

In cooperation with Theater Freiburg.