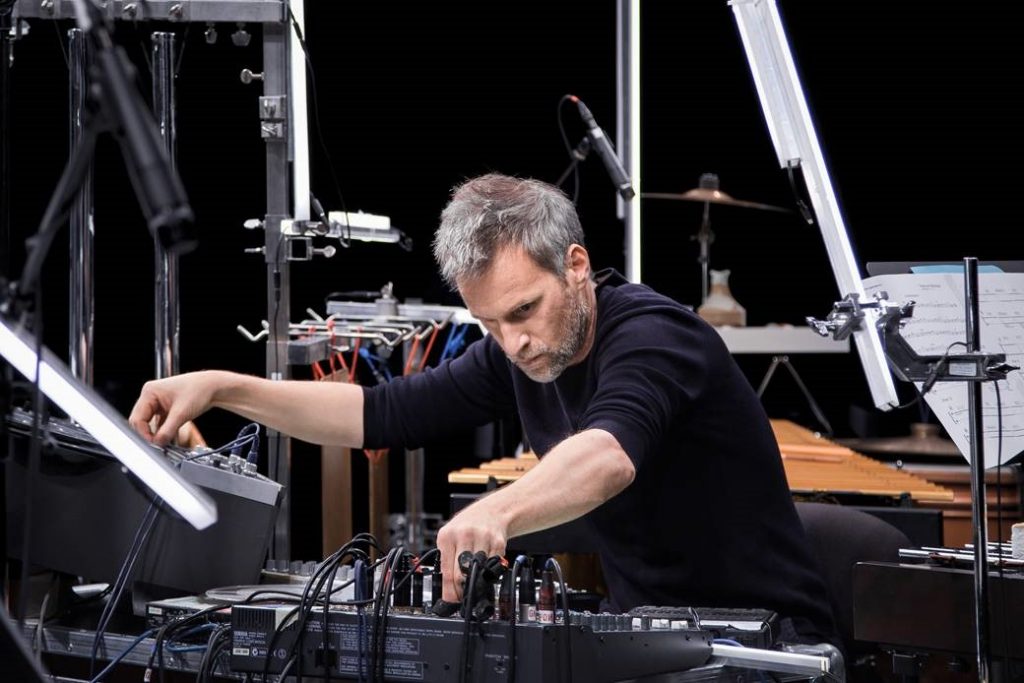 Remix culture has become an integral part of the present and also has had a strong influence on the contemporary music scene. Although only recognized as an art form in its own right since the late 1980s, the idea of the remix has been an essential part of European culture for much longer: Renaissance as a cultural technique.

In the first subscription concert, we hear the old with new ears: In his Gesualdo arrangement “Le voci sottovetro”, Salvatore Sciarrino handles vocal polyphony from the 16th century with the spirit of modernity. Genoël von Lilienstern works with the sounds of the legendary YAMAHA DX7, a revolutionary digital synthesizer from 1983. In Brigitta Muntendorf’s “keep quiet and dance”, every performance is an independent version of an open work (one can hardly speak of “original” here), as the singer is asked to let her own cultural background flow into the shaping of her vocal part. And finally, we present the world premiere of Thomas Meadowcroft’s “More Beautiful Discourse” for string trio and organ—not just any organ, but a Hammond organ.

“Things going round” inspired the composer: “Leslie” loudspeakers rotating around themselves, producing the sound typical of a Hammond and jazz harmonies in various inversions. “Things going round” could also be a fitting motto for this evening: In an attempt to move time a little forward, we somehow move in a circle—and no longer know if we hear the old in a new way or, in contrast, the new suddenly looks old…

The concert will be recorded by SWR.